Take at look at these two maps that have recently been circulating. The first map from NASA shows a nighttime view of the United State. Brandon Martin-Anderson from the MIT Media Lab created the second map. Brandon’s map depicts every person counted by the 2010 US and 2011 Canadian censuses. The map has 341,817,095 dots — one for each person.

Here are a few observations from the maps. 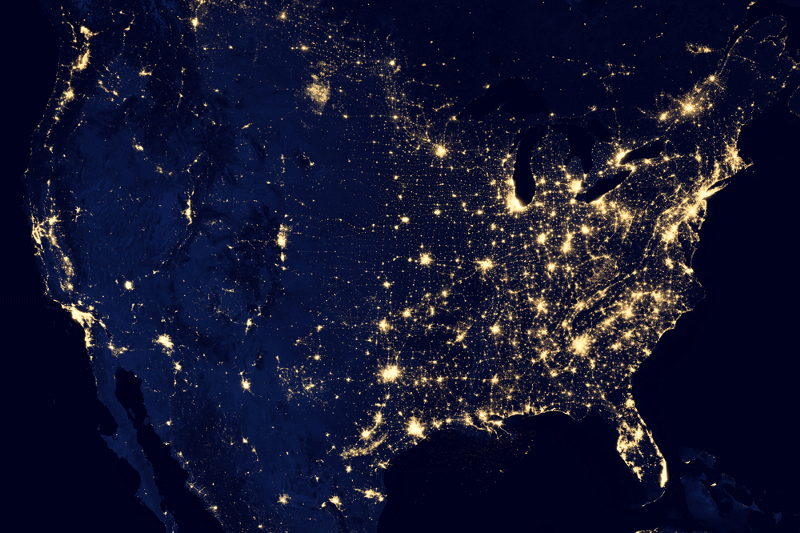 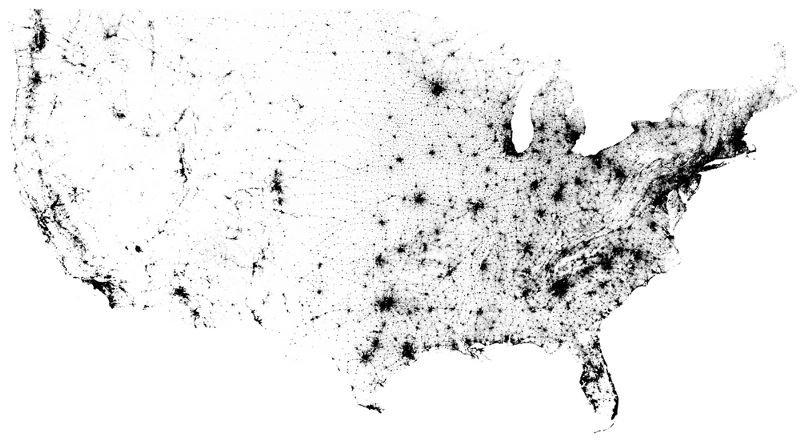