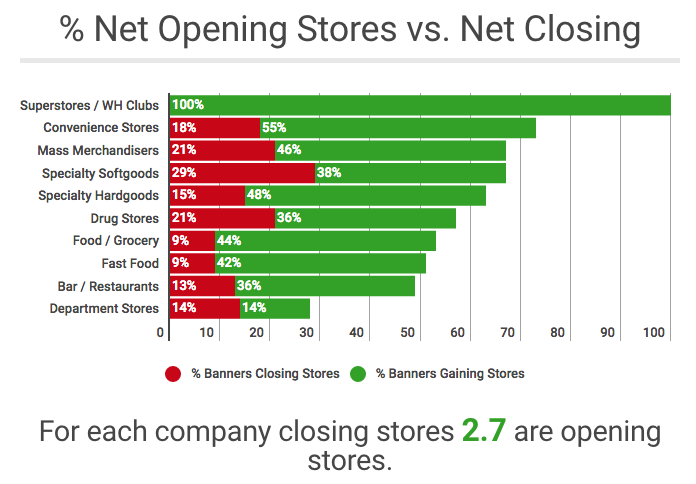 Lately, there’s been a lot of press focusing on the demise of the retail industry. Many of the big-box retailers (especially soft goods retailers like Sears and JC Penny) are struggling to effectively adapt to the digital marketplace. Perhaps the online “take over” has been amplified by Amazon’s recent acquisition of Whole Foods Market.

There’s no doubt that the retail industry is in transition and while the impacts will be significant (beyond cheaper organic avocados), let’s keep it in perspective. Here’s an article published by the National Retail Federation that shows that the news may not be as apoplectic as reported:

Locally, we’re seeing retail expansion from the restaurant industry, grocery, medical, automotive and QSRs. Here are a few retailers that have near term plans for expansion in the Pacific Northwest.