Last week I completed my 250th ride of the year (the fiscal year, that is). This is the story of how I accomplished this goal since setting it a year ago.

Let’s start with a bit of backstory. In July of 2014, we moved from downtown Seattle to Green Lake just before our daughter was born. While living downtown I had been religiously riding at Flywheel in South Lake Union. We lived a few blocks away, so it was within walking distance. It had become part of my regular routine and I was in some of the best shape of my life. When we moved I knew I had to find something to replace Flywheel. 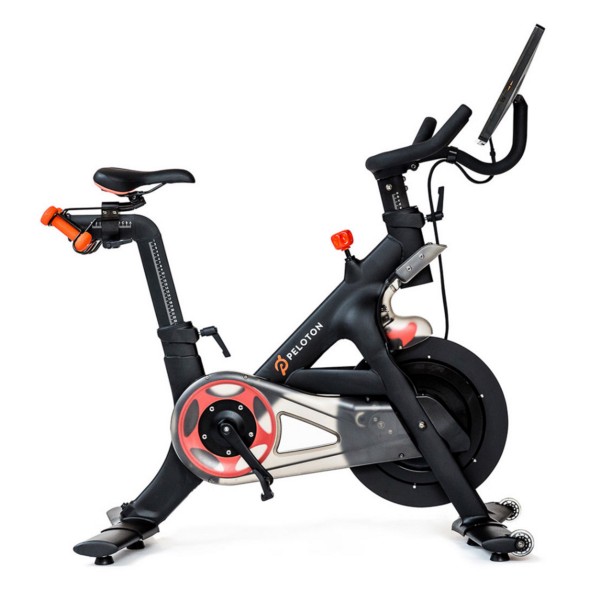 I was thrilled when I discovered the Peloton bike.

For those unfamiliar with it, Peloton is a Kickstarter company that developed a stationary bike equipped with a 22-inch high-definition touchscreen where you can stream live or on-demand classes. The company streams over 12 hours of classes from its studios in New York every day. Riders from all over the world can join the classes and race against each other.

It was the perfect replacement for Flywheel. In the first year of owning the bike, I logged a little over 100 rides. I was hooked on riding, but with a newborn, finding the right time proved difficult. I was only averaging two rides a week and wanted a challenge. 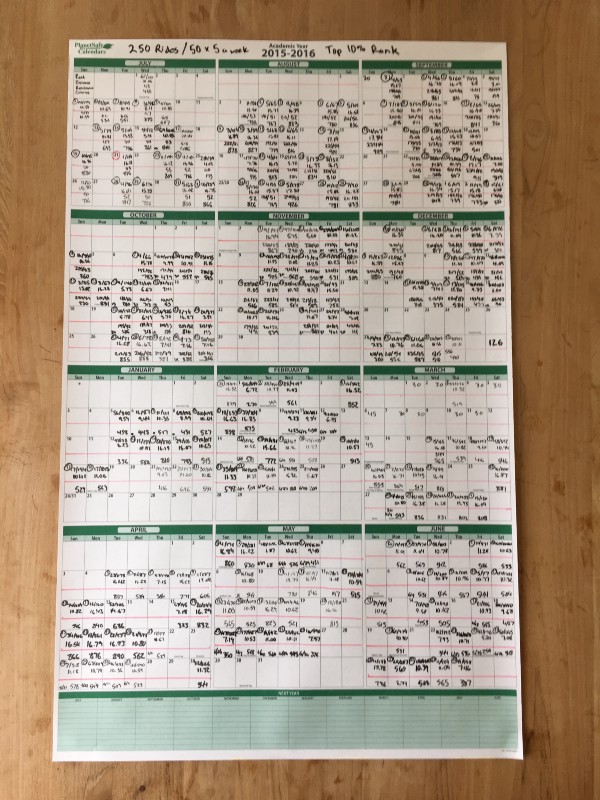 I decided to use the misnamed Jerry Seinfeld method, ordering a poster-sized wall calendar and pinning it on the wall by my bike. I wrote two goals at the top: “250 Rides” and “Top 10% Rank” (more on which later).

As soon as I completed a ride, I would write down the number of miles I rode, calories burned, and my rank among all the other riders.

This physical calendar was the sole reason I was able to chalk up 250 rides. Having tried a handful of apps, I know that it is all too easy to dismiss or delete them.

Looking back at the year, here are a few of my takeaways:

Cardio does not equate to being fit #

I feel great, but I wouldn’t say I am in the best shape I could be. I attribute that mostly to my diet. I found that some mornings I would burn close to a thousand calories from riding, and as soon as I finished I would stuff my face with anything I could find. This coming year, I plan to work harder on coupling cardio with a healthy diet.

You may have noticed in the calendar photo above that a few of my rides in March didn’t have any ride stats. The screen on my bike stopped working, and after trying a number of things to fix it, I finally broke down and contacted Peloton. They surprised me with their support by immediately overnighting a new screen to fix the problem.

Sometimes you just need to show up #

Looking back, I think that achieving this on 100% of the rides would be next to impossible. There were days where I ranked in the bottom 10%. What was more important to me was showing up and sticking to my plan of completing five rides a week.